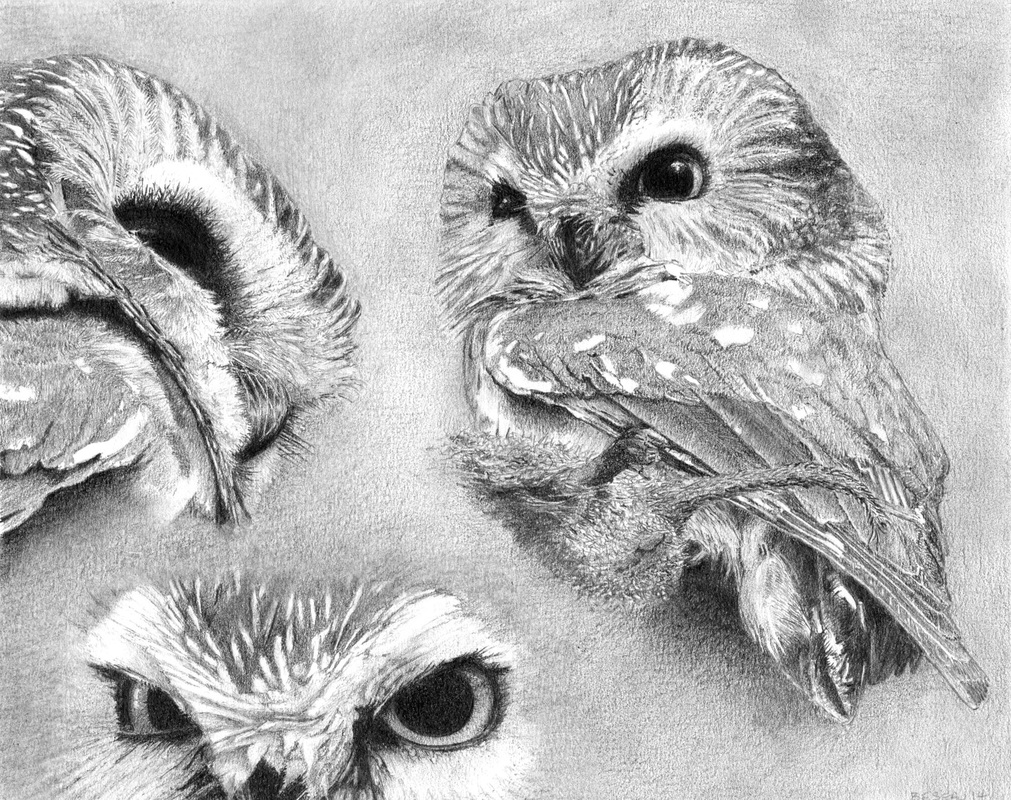 This is one of the illustrations I did with a 'natural sciences' sketch format, specifically to submit it to Focus on Nature this coming fall (2016).

The Northern Saw-whet owl is about 8-9 inches tall, 3 ounces soaking wet and, pound for pound, one of the fiercest of the owls.  It is capable of killing a rock pigeon; a much bigger and heavier bird.  These images are from a trip to the Reifel Bird Sanctuary in Ladner where we were fortunate enough to find this owl in a low hanging branch where it had dragged a mouse it had recently killed.  It was not happy there were so many people wandering along the path beneath it and you could tell from its eyes that it was pissed.

This drawing will appear in The Focus on Nature Show at The Roger Tory Peterson Institute in New York,  December 3, 2016 to April 9, 2017.