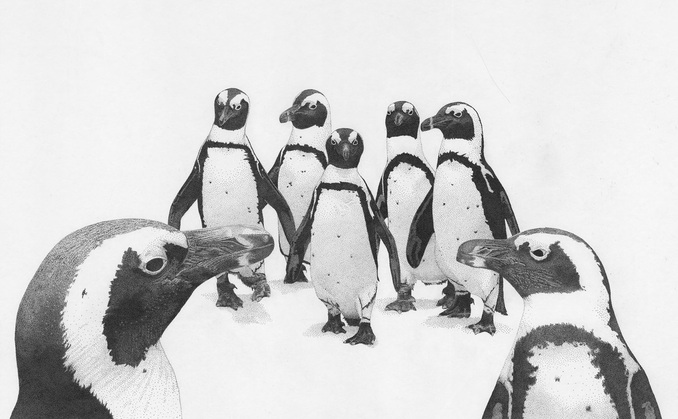 I don't know when the name was changed from Jackass to South African penguins.  Obviously, it doesn't matter to them what they're called - I mean whoever did it likely wasn't worried about the fact they could be developing an inferiority complex.  The original name suits them admirably as they make a noise like a jackass.and it is quite loud.  However they are now referred to as South African penguins.

This is the first of a number of illustrations I will be doing on wildlife in Africa.  This one is for Erie because she is a major fan of all things pingu.